* In case of any delay in receiving the OTP, you may verify it later. Please proceed without verification.

Enter your City name or Pincode

Ambarnath, meaning Sky Lord, is a municipal council in Maharashtra. The place included under the Thane district is a part of the Mumbai Metropolitan Region. It is famous for an ancient Shiva Temple. Read on to know more about the city. 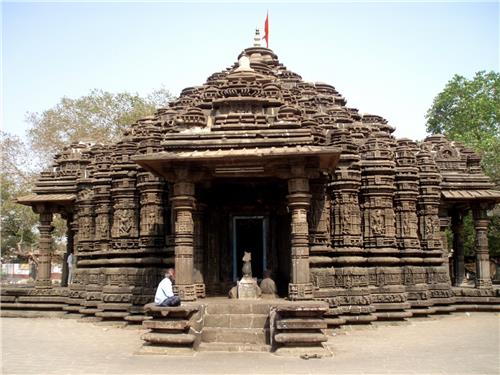 The place was originally named Hallyacha Pada. However as its economy began to flourish with the arrival of DMC and WIMCO it got renamed as Ambarnath. It is said that Guru Nanak visited the ancient Shiv Temple located here in the year 1415. Several strong leaders such as Prabhakar Nalwade, Dattaraya Bhandarkar, Madansingh Manvirsingh, Meheruddin Pathan and Laxman Jathar came forward to work towards the development of the city and helped it emerge as a high standard place.

The MIDC soon arrived here and contributed to the productivity of this place. The OCTROI revenue of Ambarnath was the 2nd highest in Maharashtra during that time. However, the emergence of criminal leaders such as Balu Walekar and Karanjule defamed the place. The crime rate went high during Walekar’s rule in the city.

Recent findings reveal that the place was inhabited by people since the Satavahan era. Researchers claim that an urban civilization existed here back in 200 BC.

Ambarnath is divided into Ambarnath West and Ambarnath East by the railway. It has four industrial areas. Several renowned companies such as ASB International, Ceat and Godrej are located here. Besides, it encompasses three central government establishments that fall under Ordnance Factory Board and DRDO. All the major government and private banks such as HDFC Bank, Union Bank, ICICI Bank, Bank of India, Punjab National Bank and Canara Bank have their branches in the city. Ambarnath offers several job opportunities in different sectors and the cost of living here is less as compared to Mumbai. There are several small and big businessmen as well.

The culture of Ambarnath is much the same as that in the other parts of the state. The city is predominated by the Hindus however people from other religions also live here in complete peace and harmony. Festivals such as Holi, Diwali, Eid, Christmas and Ganesh Chaturthi are celebrated here with great pomp and show.

Although not a major tourist spot Ambarnath attracts tourists from far and wide mainly because of the ancient Shiva Temple located here. Let us learn more about this temple and other tourist attractions of the place:

Shiva Temple: Constructed back in 1060 AD, the temple boasts of Hemadpanthi architecture. It is especially visted by pilgrims on Shivratri.

Heramb Mandir: Another famous temple located here is the Heramb Mandir which is dedicated to Lord Ganesha.

Ayyapa Temple: Dedicated to lord Ayyapa, this temple is located at the Ordnance Estate.

Malang Gadh: This is a pilgrimage place. It is also known as Haji Malang Dargah.

Besides, you can also visit the Methodist Church, Sacred Heart Syro-Malabar Catholic Church, One Shantisagar Water Resort, Tree Point and Labour Statue are other attractions here. 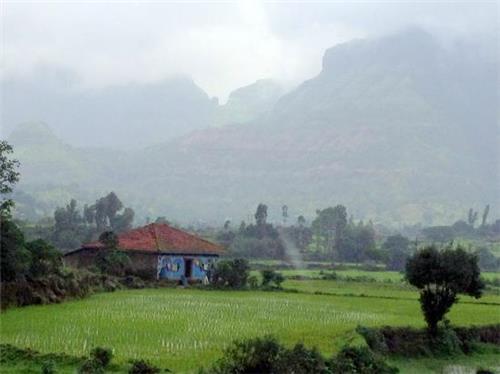 Panvel
Panvel is one of the closest weekend getaway from Ambarnath. It is easy to reach and offers several places for site seeing. Karnala fort, located at a distance of around 10 km from Panvel, and Karnala bird sanctuary, located at a distance of about 13 km from the place are the major tourist attractions here. The Ballaleshwar and Varadvinayak temple located here are also visited by large number of pilgrims.
Distance from Ambarnath: Approximately 35 kms
Time Taken: 1 hour

Lonavala
One of the most beautiful hill stations located in Maharashtra, Lonavala is definitely worth a visit. Rajmachi Point, Lohagad Fort, Ryewood Park and Shivaji Udyan, Karla caves and Loin Point are some of the tourist spots located in and around Lonavala that pull large number of people.
Distance from Ambarnath: Approximately 83 kms
Time Taken: 1 hour 45 minutes

Bhandardara
This holiday resort village also makes for a great option if you are looking for a good weekend get away from Ambarnath. Situated near the Pravara river is known for its sprawling lawns, beautiful natural surroundings, fresh aromatic air and amazing ambience. Places located nearby include the Randha falls, Ratnagad, Arthur lake and Mount Kalsubai.
Distance from Ambarnath: Approximately 150 kms
Time Taken: 3 hours

Merwyn Fernandes: Former Indian hockey player, Merwyn, who won the prestigious Arjuna award, was born in Ambarnath. He represented our country in the Summer Olympics held in the year 1980, 1984 and 1988. He even played for the Indian Airline hockey team in the 1970s.

Evaristo Cardozo: Born in Goa, this famous soccer player did his schooling from Ambarnath. He brought much fame to his school and to the country later in life. His performance in the super soccer series against the Dutch football team is worth mentioning. Under his captainship Mahrashtra also won the Santosh Trophy at Pallakkad, Kerela.

How To Reach Ambarnath?

Ambarnath, located on the Mumbai-Pune rail route, is well connected to different parts of Maharashtra and other parts of the country via rail. Most people living in Ambarnath work in Mumbai and travel to the metropolitan city via trains. The city is also connected to other places via road and the local means of transportation is also well intact.